When Erin Predmore, president and CEO of the Greater Bloomington Chamber of Commerce, attended the city’s 2019 State of the Black Community address last February, she realized that the Chamber lacked a strong connection to Bloomington’s black business community.

“At the Chamber, we don’t have many members that are black business owners, and I recognized that lack of inclusion,” she says. So Predmore and the Chamber teamed up with William Hosea and Stephanie Power-Carter of the Bloomington Black Strategic Alliance (BBSA), a collaborative network of local black leaders, to identify opportunities for the Chamber to engage and support Bloomington’s black-owned businesses. They began with a data-collection phase during which they surveyed more than 20 black business owners.

“What I’ve heard is that they’re willing and want to get involved as long as they know that it’s an open, welcoming space for them,” Power-Carter says.

To help create that space, in mid-2019 the Chamber and the BBSA partnered to launch the Black Business Affinity Group, which aims to connect the city’s black business owners with each other and to make them aware of resources and opportunities available through the Chamber. “When we provide access and resources, there are so many possibilities,” Power-Carter says.

Business owners Dr. Karen Reid-Renner and Marsha Washington are eager to explore those possibilities. For Reid-Renner, a physician who recently opened the medical spa Rejuv Aesthetics, the Black Business Affinity Group provides a community where she can get insights and advice from people who have similar experiences. “It helps to motivate you so you feel like what you’re doing is not impossible,” she says. “It’s a way of helping each other, cheering each other on.”

Washington, an independent brand partner for Neora, a line of skin care and wellness products, is grateful for new networking opportunities, she says. “Some faces are familiar, and others I’m looking forward to getting to know and exploring what businesses they have and how we can support one another,” she says.

Though the group is less than a year old, its impact is evident already. “We have more people coming that haven’t been there before, and my hope is that they feel included and wanted,” Predmore says.

Hosea adds, “We have established a relationship and built up a level of trust, which goes a long way.” 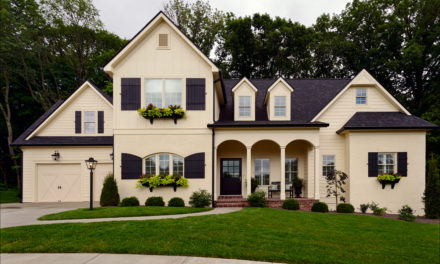