Entrepreneur Mike Trotzke sees the pieces falling into place for Bloomington to become a successful launch pad for new technology businesses. Co-founder of SproutBox, a novel start-up accelerator tailored to Bloomington’s nascent technology sector, Trotzke, 43, is a prime mover behind the Combine, an annual Midwest tech entrepreneurship conference he helped start in Bloomington a decade ago. As well, he and long-time business partner Brad Wisler were driving forces behind The Mill, the coworking and technology incubator space located in the former Showers Brothers Company furniture factory. Both sit on The Mill’s board and, through SproutBox, are part of The Kiln Collective, which is buying and renovating the 100-year-old Showers Brothers kiln building to create additional office space in the Trades District.

Trotzke, a native of Terre Haute, Indiana, came to Bloomington in 1994 to study audio engineering at Indiana University but fell into software development for the emerging World Wide Web. At IU, he met Wisler, another undergrad who was involved in student government. “I was helping Brad run his campaign,” Trotzke says. “We used to sneak into the fine arts labs where they had the good computers and work all night.”

They eventually started WorldView Multimedia, a politically oriented design firm. “We did some of the earliest coding of online donations software,” Trotzke says. They realized their projects took them beyond what IU could teach and neither finished their studies.

By 1999, they had developed an online apartment rent-payment tool. They spun it off into a new dot-com venture called ReSite, which they sold in 2007. Wanting to start something new, but still wanting to share space and resources, led to their next project—SproutBox.

In addition to managing the SproutBox development team, Trotzke is CEO of Cheddar, a billing software venture.

Trotzke and his wife, Betsy, have put down roots in Bloomington and enjoy its quality of life advantages, including camping in a converted Honda Element. Trotzke’s other hobby is board games. He hosts game nights at The Mill and at Cardinal Spirits and designs his own games.

He’s visited other tech meccas and Trotzke says he is sold on Bloomington as a focal point for entrepreneurship. “If you visit Facebook in Silicon Valley, they’ve built a fake Bloomington in the middle of their campus for their employees,” he muses. “They’re trying to create what we just naturally have here.” 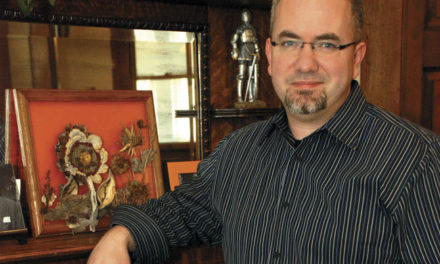 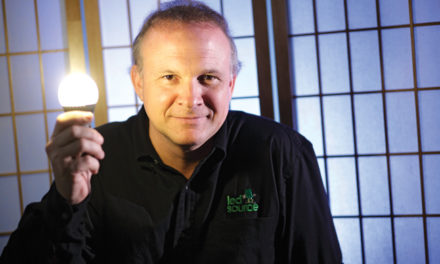