Wild Orchid Pole Fitness & Dancing: It’s Not What You Might Think 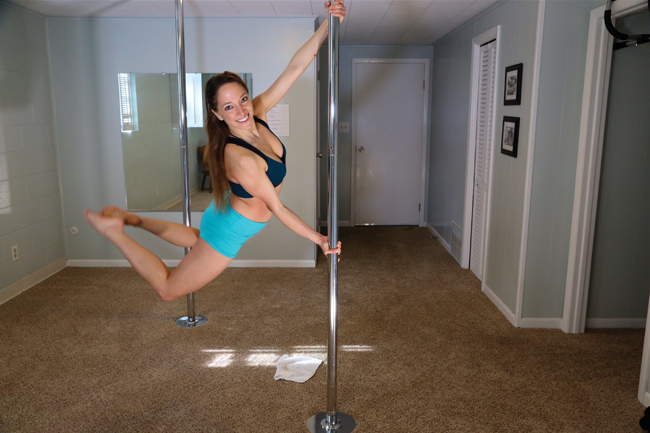 Sunlight streams in the windows of this studio in a north-side residential neighborhood, where the walls are painted a light sky blue and the floors are covered in beige carpet. It’s actually the downstairs of Anita DeCastro’s mother’s house, a place far removed from a seedy strip club. Yet two metal poles reminiscent of such an establishment are bolted in place, and women have gathered to learn to gyrate around them.

So let’s get one thing out of the way: Is pole dancing stripping?

Absolutely not, says DeCastro, 29, founder of Wild Orchid Pole Fitness & Dancing. “I haven’t personally run into anyone who has associated it with anything other than what it is — a place for empowerment, self-discovery, and mind and body strengthening. Contemporary pole has become a form of expression and exercise practiced by not only professionals and performers, but by everyone from casual students and gym-goers to national and internationally recognized athletes.”

Indeed, everyone who hoists themselves up onto the pole, or attempts to, says DeCastro, will find out in short order that it’s a serious fitness endeavor, working the arms and core along with improving flexibility and balance. Your triceps will hurt for days, and you’ll likely be left with a few “pole kisses,” says DeCastro, referring to the bruises novices get from banging around.

Besides building strength, pole fitness burns about the same number of calories as gymnastics — approximately 200 an hour.

No more than eight students gather at a time in DeCastro’s small studio, which is serving as a temporary space until she finds something closer to downtown. Usually, all eight slots are filled up, she says. So far, all the students have been women, though the classes are also open to men. All shapes, sizes, and ages are encouraged. “There’s obviously been such a need for this in Bloomington,” says DeCastro, who has experience in dance and aerial silks. “I’m finding women can’t get enough of it.”