Community Foundation of Bloomington and Monroe County President and CEO Tina Peterson with an acrylic painting of the Buskirk-Chumley Theater by Anastasia Mak. Photo by Rodney Margison

Traditionally, art galleries have been the major supporters of local artists, offering them places to exhibit and sell their work. Now, in many cities, Bloomington among them, nonprofit agencies, government entities, and for-profit businesses are supporting artists by purchasing art that reflects the local community.

Tina Peterson, president and CEO of the Community Foundation of Bloomington and Monroe County (CFBMC), says emphasizing local art makes sense for her organization. “We have a lot of walls, and while we did have a few pieces of art that reflected our community, we recognized we wouldn’t exist were it not for this community, so we wanted to do something to tell Bloomington’s story,” she says.

After moving into a new 3,800-square-foot office last August, the CFBMC began the process of acquiring several pieces of local art. Over the course of a month, 15 foundation employees took gallery walks, met with local artists, held roundtable discussions, and identified works they wished to acquire. The 48 paintings and photographs were purchased for less than $10,000.

When the Bloomington/Monroe County Convention Center was renovating five years ago, Executive Director Talisha Coppock went to architect Christine Matheu for help in establishing a permanent collection of 22 pieces by 19 different local artists. The collection was acquired for just over $15,000, and with donations, it has continued to grow ever since.

“We wanted to tell the story of artists in our community,” Coppock says. “And it’s a wonderful feature for the convention center.”

Of supporting local art acquisition, Sean Starowitz, City of Bloomington’s assistant director of economic development for the arts, says, “We encourage it, we support it, and if we can help initiate, we do.” He adds, “It’s been happening in other cities, and we have the potential to do something like that here.” Starowitz specifically points to the Kansas City Collection, an arts investment collective that connects businesses with local artists and helps fund purchases. Other cities have similar programs. Ventura, California, has an arts acquisition program that holds 90 pieces by local artists.

“I have a giant file on our server, so if people are looking to purchase, we can help,” Roberts says. That file represents every piece of art shown at The Waldron by a collective of 600 mostly local artists since 2011. “We’ll sit down with anyone, business or individual, and we can even do a site visit.” 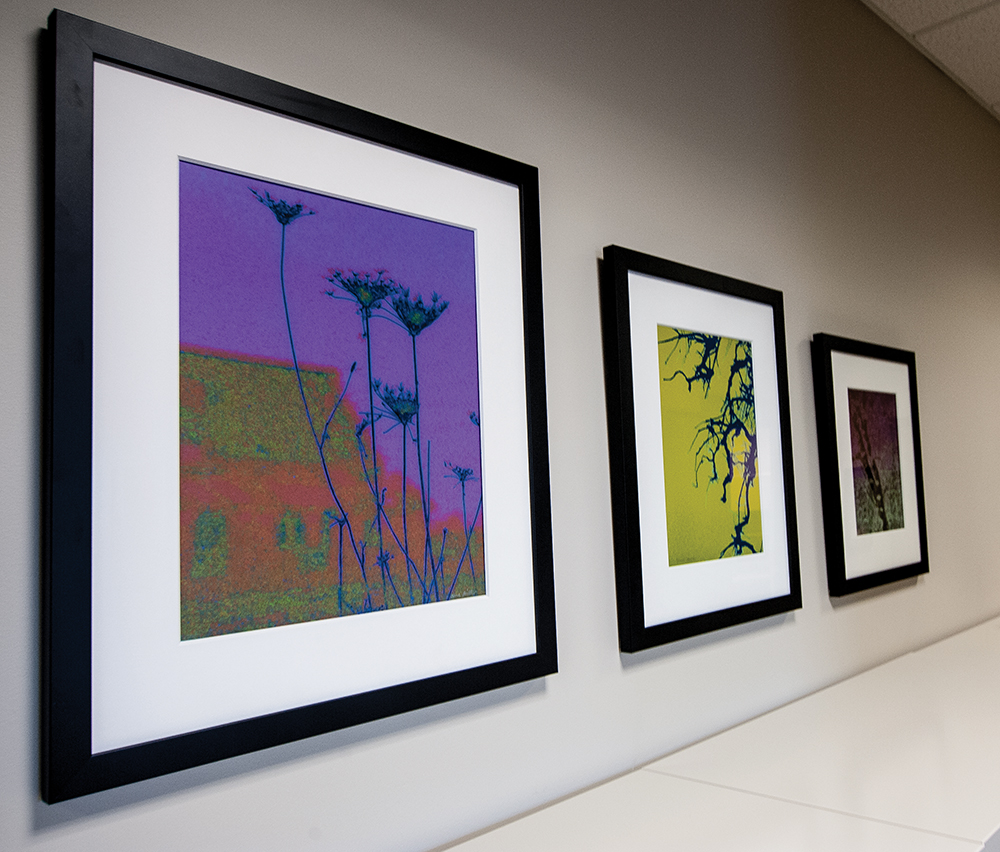