On April 9, violinist Ariel Horowitz, a 15-year-old junior at Bloomington High School South, performed before an international panel of judges at the prestigious Menuhin Competition in Beijing, China. She was one of 20 violinists in her age group chosen from a field of 230 talented young people from around the world. This is her story.

This is it, I thought to myself. This is your moment! Go out there and love your music!

I strode onto the stage of the concert hall in Beijing’s Central Conservatory of Music with every ounce of confidence that I could muster, took my violin in hand, set my bow to the strings—and then I was flying…soaring! This was my performance at the Menuhin Violin Competition Beijing 2012. Everything I’d practiced was all there. My 30 minutes of stage time were sheer joy.

Not an hour later, I was back in the concert hall, this time with a very different feeling—dread. As I took a seat among my 19 equally nervous fellow participants, I felt my stomach twisting itself into knots. We listened as the results of the competition were announced, each of us hoping to hear our own name among the distinguished. Eight names were called.

Ariel Horowitz was not one of them.

This moment, I would realize later, was not one of failure or sadness. This moment was ultimately the beginning of my adventures in Beijing.

The next morning at our hotel breakfast, I looked around at my fellow competitors. (Was it even fair to refer to them as “competitors”?) There was no talk of winners and losers, no signs of the animosity that I have learned can be par for the course at violin competitions. We were like a family—and it was in this spirit that we performed in concerts together, participated in master classes with the jury, taught young musicians at the Harrow International School, and walked the streets of Beijing, sticking out like sore thumbs in our fancy concert clothes and having too much fun to care.

It is often said that music builds bridges between people and cultures. I knew this intellectually, but I truly felt it when I performed at the Menuhin Competition Closing Gala Concert, along with Chinese violinist Ke Zhu, 19, at the National Centre for the Performing Arts. Ke Zhu and I were invited to create a short improvisational performance drawing on Chinese and American folk themes, which would symbolize the passing of the Menuhin Competition from China to the United States, where it will take place in 2014. When Ke Zhu passed me his bow on the stage of the most famous concert hall in China, and I transformed his Chinese folk theme into American bluegrass, I felt the audience connecting to us and learned about the power of music to create bonds between people.

My time in Beijing altered the way that I will view music forever. I went to the Menuhin Competition hoping to win a prize—and I did, in my own special way. I was part of a group of 42 young violinists from different backgrounds and ethnicities, and yet we were able to find a common language among ourselves and with the Chinese audiences for whom we performed. Hearts were opened. It’s the greatest accomplishment of all.

A video of Horowitz and Zhu performing at the Closing Gala Concert will be posted soon.

Click here to see an article on Horowitz by Lee Ann Sandweiss and to watch videos of Horowitz performing. 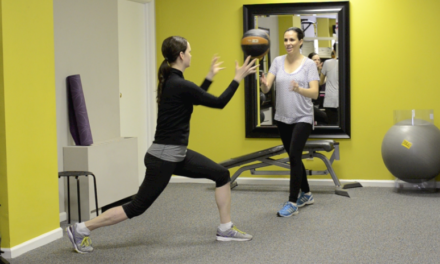