David Fletcher wanted to open a dessert shop, but he had a “medical” problem: what was he going to do about his full-time career as a doctor?

“It was a privilege to be a physician, but I have come to realize that we really only have one life and it’s important to do what feeds us and energizes us,” he says. “I took a weeklong course in New York City in 2000 on some basic pastry skills, and it was absolutely hog heaven for me. I knew that was what I wanted to do.”

Fletcher had been a general practitioner for nearly a decade, but he began to feel he had missed his calling.

“When I was a kid there was no Emeril or Rachel Ray. Being a chef was kind of a menial job in the United States,” he explains. “My dad was very much of the attitude, ‘You could be a chef, but what you should do is own the restaurant.’ But once you get into medical school, it’s hard to jump off the train.”

Although he enjoyed the medical profession, Fletcher decided to enroll in culinary school, flying to New York City every weekend for two years while maintaining his position at Indiana University’s Student Health Center.

After he finished the culinary program in 2003, he and his partner Scott Jackman opened BLU Culinary Arts, a part-time dessert catering business. Soon after, Fletcher left medicine behind altogether to open BLU Boy Café and Cakery on Kirkwood Avenue.

It may seem contradictory that someone so health-conscious would want to sell the decadent cakes, cookies, and chocolates that put BLU Boy on the map. But Fletcher says that having spent his early childhood in Germany he has a more European approach to well-being.

“There’s a distinct café culture [in Europe] where you stop what you’re doing in the afternoon and have a coffee and a little something,” he says. “I’m a big believer in being aware of the moment we’re in. One of the problems with obesity is the opposite of that—not being entirely aware of the things we choose and why we choose them. I have no problem with the fact that what I do is make a lot of things with sugar and butter. I think it’s one of the great wonders of life that we can combine those things and make something that’s so fantastic.” 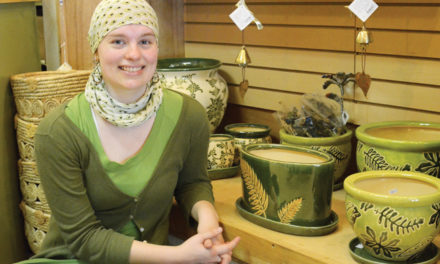