Ricky Wade was 17 when he became homeless. His mother was moving to Indianapolis without a job, but young Ricky had a son on the way, a 30-hour-a-week work commitment, and an unfinished school year. “I wasn’t going to leave and skip off to Indianapolis,” he says. “So I just kind of stayed down here.”

“If you come here, you have to finish school, work, participate with staff, stay drug-free, pay on your account, and keep your apartment clean. You move through different levels of responsibility to gain more freedom,” Benham explains. Stepping Stones’ system also offers financial rewards for residents’ achievements; for example, residents earn $100 in an investment account for graduating from high school.

“Over our five years [in 2010], we have had a wonderful track record with graduation,” Benham says, noting that three former residents are now attending Ivy Tech Community College while another is at Ball State University. “For many of our residents, [living here] is the first time education has been a priority.”

In 2010, Stepping Stones housed seven young people ages 16 to 20. She says the need in the area is great; they get three or four calls each week inquiring about housing. When a space opens up, staff members contact every person on the waiting list to determine who has the biggest need and will fit in best with the existing group.

“Everyone has to be able to get along and cooperate,” Ricky explains. “We’re like a family here.”

Living with this new family is nothing like his old life, he says, describing his childhood as a “survival game.” Without Stepping Stones, “I don’t know what I would have done. I’d probably be sleeping under a tree.” Instead, he went to Ivy Tech starting fall 2010 with a prestigious Twenty-first Century Scholars grant.

To learn more about Stepping Stones, visit its website or call 339-9771. 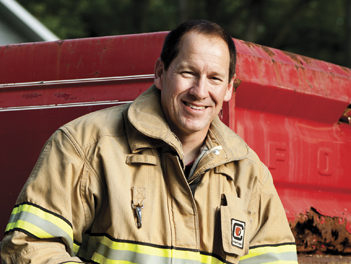