“I’d love to set up a time-lapse camera here,” says Lauren Robel, looking out her office window at the Sample Gates, where several groups of students are congregating. “I think if you watched that video after a year, you’d get a sense of everything that goes on at this university.”

As IU Bloomington provost and executive vice president, Robel’s job is to maintain precisely that type of all-encompassing perspective. She describes her responsibilities as “ensuring the academic quality of the institution,” which involves working with all the academic and administrative units on the Bloomington campus to meet the university’s overarching goals. It’s a monumental task, but Robel, who assumed the position in July after serving several months as interim provost, is unshakably serene.

“I’m a yoga-vangelist,” she offers as one explanation for her calm demeanor. She has been practicing yoga with great regularity for five years and says it helps her maintain the clarity she needs to get her work done. “With the stresses of a job like this, committing to yoga has been a way to stay grounded.”

Robel also has the benefit of having served as the dean of the IU Maurer School of Law for almost 10 years and as associate dean for 11 years before that. She says that early on she got used to the idea that “my job was to be interrupted” and she surrendered the need to have total control over her time.

Some of her characteristic composure, however, was in place long before she became an administrator. Growing up in an Air Force family, Robel moved at least a dozen times during her childhood, often across oceans. This nomadic upbringing “was a real education in humility,” she says. “If you are always the new person and always the outsider, you can’t make the assumption that your values, your culture, your perspective is the right one.” She learned to rely on tolerance, she says—an ability that has proven useful in balancing the needs of a diverse faculty and student body.

This nonjudgmental approach also served her in her legal practice, which she continued pro bono until this year. “I took appointments from the Seventh Circuit Court of Appeals, so almost all my clients were people who were incarcerated. And I’ve really liked them all in their own ways,” she says. “I have clients from twenty years ago who still send me Christmas cards from prison.” 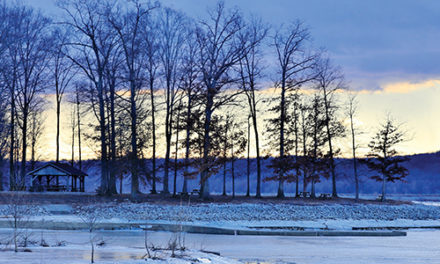