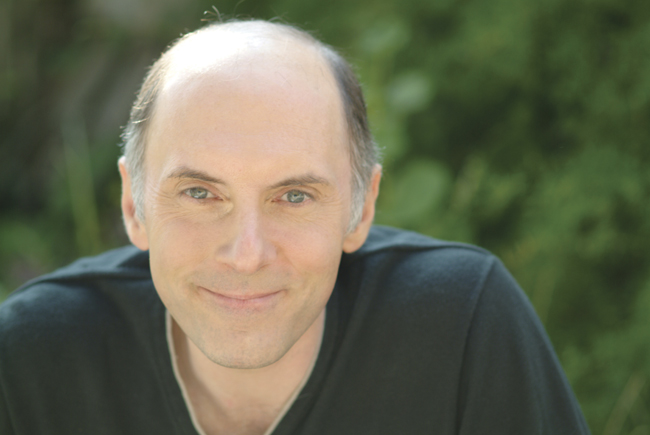 Dan Castellaneta is best known as the voice of Homer Simpson, and through this character and numerous others on The Simpsons the Chicago native has made a lasting mark on pop culture. But he’s also a playwright, as is his wife, Simpsons writer Deb Lacusta. In December, the Bloomington Playwrights Project will host the couple for the opening of The Banana Tree, which they co-wrote.

It’s an enticingly strange play with an equally strange genesis, the authors say.

“I actually had a dream that Deb and I were in the West End in London,” says Castellaneta, “and we saw a marquee above a theater that said ‘The Banana Tree by Deb Lacusta and Dan Castellaneta.’ So we went in the theater, and saw the play…there was a convenience store robbery, and two sets, the store and an apartment. We just tried to extrapolate from there.”

It was like putting a puzzle together, says Lacusta. “You try to make everything work together. We started doing research on plants, and found that there are a lot of people who have written articles on how plants have feelings, or how they respond to voices or music.”

Eventually a plot materialized: A convenience-store clerk and aspiring magician, named Angela, gets tangled up in a series of events at the hands of “a criminal mastermind who also happens to be a telepathic banana tree.” It might be an understatement when Castellaneta describes it as “a madcap comedy or farce.”

The Banana Tree was first performed at Colorado’s Telluride Playwrights Festival in July. As it happened, BPP Producing Artistic Director Chad Rabinovitz was working with the festival. “So we’d actually gotten to work with Chad, directing readings and workshops,” says Lacusta.

They’re looking forward to the play’s Bloomington debut, and Castellaneta, 55, who’s been doing the Homer voice since 1987, isn’t worried about that perennial pitfall of celebrity, being mobbed by fans and gawkers.

“About ninety-eight percent of the time, they don’t recognize me,” he says. “Voice actors, for the most part, are anonymous.” Being able to remain anonymous in public, while at the same time portraying one of television’s most famous characters, “is kind of like having my cake and eating it too,” says Castellaneta. “Or,” he laughs, “my doughnut!”