“Skateboarding is a universal language,” says Bart Smith, who helped Dreamland Skateparks build the skatepark at Bloomington’s Upper Cascades Park. As a designer and builder of the specialized concrete parks that skaters use to perform freestyle moves and tricks, it’s a language he speaks fluently.

“I’ve worked everywhere, from Gun Barrel City, Texas, to Manhattan,” says Smith, 41, who lends his services to a number of companies in addition to managing his own outfit, Hunger Skateparks. Much of his work in the western part of the country has been for Native Skateparks, which specializes in creating parks in Native American communities.

Last year, Smith spent six weeks in northern Denmark, overseeing the construction of a skatepark in the city of Skørping. “It was an ideal situation,” he says. “They had a group of dedicated volunteers—awesome, hardworking people.”

He didn’t seek out the job; its organizers approached him. “It’s such a small niche of people who build concrete skateparks,” says Smith. “A pro team manager who moved to Denmark knew me, and one thing led to another.”

The features of a skatepark, such as ramps and sloped walls, should flow together naturally, Smith believes, and should be constructed with an understanding of how each curve and bump will be experienced by the skaters rolling on them. “You need to skate to know how to build it,” he emphasizes.

Smith has that base covered. Born and raised in Kokomo, Indiana, he’s been a devoted skateboarder since childhood. After learning carpentry skills from his father, who maintained rental properties, he began building ramps for skateboarding—first from wood and then concrete after advancing in the construction trades, his livelihood before he went full time into the skatepark business.

When not building skateparks, Smith enjoys the one he constructed on his own property, dubbed Homewoods. Often joining him are his wife, Christy Wiesenhahn, and their children: Liam, 5; Simon, 13; and Sasha, 18. Yes, this is a family that skates together.

One of Smith’s goals for the future is to locally promote what he calls “skate art”—sculptural works, displayed outdoors, that would incorporate a feature, like a curved surface, that skaters could use. By placing such works at locales such as The Switchyard along the B-Line Trail, Smith hopes to bring a taste of his park designs to the general public—and to any skaters who might roll by. 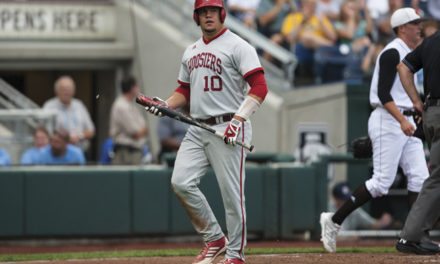