When Mayor Tomi Allison asked Iris Kiesling to run for Bloomington City Council in 1987, she declined. “I didn’t think I could do it,” she recalls.

She was soon convinced she could, and so began nearly three decades of listening to and acting on the needs and concerns of Monroe County residents. This year, after serving nine years on city council and four terms (1997–2016) on the Monroe County Board of Commissioners, Kiesling is leaving a long, distinguished career of local government service.

A Democrat and four-time Board of Commissioners president, Kiesling says her connections with people and her love of the community have kept her motivated. “The people are great. They appreciate what you do if you listen to them. Sometimes people yell at you, but not often. They aren’t shy about telling me what they want.”

She says her first inspiration to serve came from her mother, who volunteered for mental health and prisoner re-entry programs while Kiesling was growing up in New Jersey. A Netherlands native, Kiesling participated in civil rights marches in the 1960s.

When she came to Bloomington in 1966 with her husband, Herbert Kiesling, an Indiana University economics professor, now deceased, she became active in the League of Women Voters and other groups, while raising their two children. She coordinated the first Congressional debate for Indiana’s 8th and 9th districts and grew interested in local government, education, and the election process.

“I’ve been really interested in helping people get to vote,” says Kiesling. “That still is a big thing to me. That really is a motivating factor.”

Kiesling says she is proud of her involvement in passing the city’s human rights ordinance, helping to create Monroe County’s CASA (Court Appointed Special Advocates) program, working with the Citizens for Community Justice, and helping with the courthouse renovation, among other accomplishments.

She has participated in more than 25 local and state organizations, boards, and commissions since coming here, and plans to remain active in several groups, including the Jewish Theatre of Bloomington, League of Women Voters, and the Indiana Local Technical Assistance Program, which fosters sound transportation systems.

“I’ll still stay involved with people, but will also relax and enjoy my children and grandchildren,” she says. And she’s still going to be closely following politics. “I am very concerned with what the state is doing to our women and children now. 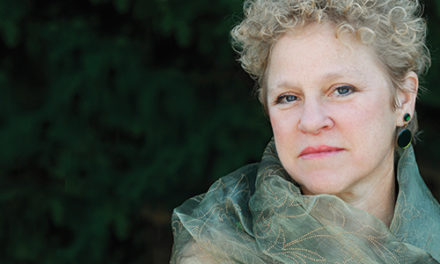