It was indeed the kind of winter’s day Paul Simon was thinking of when he wrote, “I Am a Rock”; it was “deep and dark” and mighty cold, too. On December 10, 2016, the sun rose at 7:55 a.m. EST and set at 5:23 p.m. The high temperature was 29 degrees Fahrenheit; the low, 20 degrees. The day was mostly overcast, although the sun did break through for a few brief intervals. It was the kind of cold, silent day where most Bloomingtonians chose to hunker down indoors.

We had hoped for snow. Our first Take a Picture Day for summer took place on August 23, 2008, and it was clear and sunny. In 2010, our autumn picture day was crisp and cloudless. Both were perfect for taking photographs that depicted the season. No such luck this time.  The first snowfall of the year was to come three days later, on December 13.

Still, Bloom readers were out with their cameras capturing the quiet, the stillness, and the occasional activity of those who defied the elements.

We hope you enjoy these beautiful photographs. There are dozens more at magbloom.com. —the editor

WEB EXCLUSIVE: Here is a gallery of additional images that were submitted by you, our readers, to Bloom‘s 3rd Take a Picture Day—Winter: 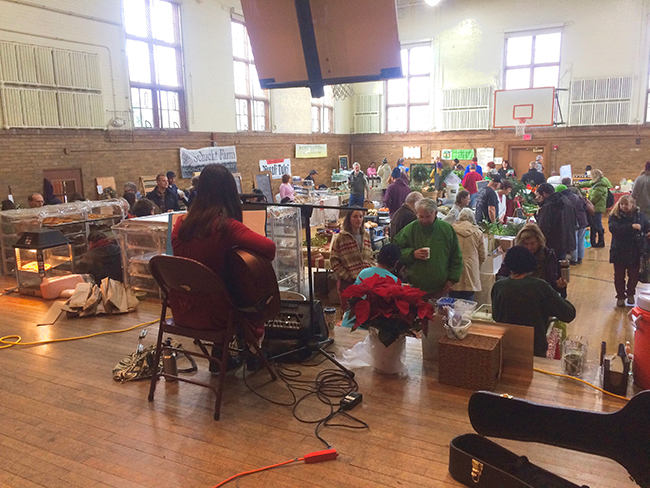