One afternoon in 2016, Matt Bailey was at the Indiana University Golf Course driving range hitting a bucket of balls when he suddenly had the thought, “I just drove a tee shot through the window of what’s going to be a six-story building,” he recalls.

The driving range, just off the Ind. 45/46 Bypass, will be the site of a new 75-acre regional academic health center, including a new hospital that will replace the IU Health Bloomington Hospital facility on West 2nd Street. Bailey, who became president of the South Central Region of IU Health in November, is spearheading the project. He succeeded Mark Moore, who had recruited him for the role of chief operating officer in October 2015.

Bailey, 56, grew up in Vincennes, Indiana, where he spent 26 years at Good Samaritan Hospital, the last seven as president. He joined IU Health, a sprawling statewide health care system with more than 30,000 employees, in 2010, serving as president of IU Health West Hospital in Avon, west of Indianapolis, for a decade.

“Then Mark Moore told me, ‘Hey, we’re getting ready to build a brand-new hospital and health campus at IU,’” he relates. “And I thought, ‘Wow! How many opportunities in a lifetime do you get to build a hospital?’ The stars were aligned.”

The plan is to break ground on the new campus by the end of 2017. “In the fourth quarter of 2020, we will be seeing our first patient there,” Bailey says.

Still to be decided is what to do with the current hospital building, much of which was built more than 70 years ago. IU Health is working with Mayor John Hamilton and his economic development task force to find the best use for the building and its 20 acres.

The new campus will include an academic building for nursing and other clinical areas. “We want to create the footprint for a complete four-year medical school in Bloomington,” says Bailey. “We would love to have a teaching hospital with residents rotating through, which we don’t have now. There will be the square footage to accommodate that vision.”

An IU graduate, Bailey went on to earn a master’s in health administration from the University of Minnesota. His wife, Jill, is a social worker. Their daughter, Madison, is an obstetrics nurse and their son, Zachary, is an attorney; both are IU graduates.

“My mother was a nurse for 40 years,” Bailey says. “My dad was a homicide detective for 30 years. They taught me the value of serving people. That’s what gets me out of bed in the morning.” * 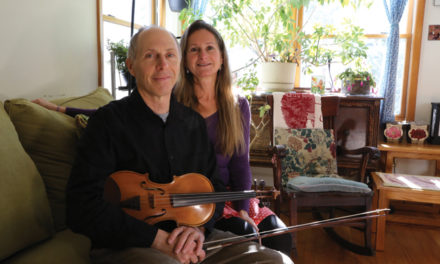