In February, Doris Sims, director of the City of Bloomington Housing and Neighborhood Development Department, was named a Living Legend at the Black History Month Gala. “I thought, ‘Oh, to be put in that category!’ I never set out to be a legend,” Sims says. “It was humbling.”

In fact, when the Evansville, Indiana, native came to Bloomington to attend Indiana University as a first-generation college student, she had two aims: “When I was small, when other people were saying, ‘I want to be a doctor,’ I always said, ‘I want to be a mother.’” She achieved that goal. She is the proud mother of one daughter, Camisha, and one son, James.

Sims succeeded in her second goal as well. “When I was younger, one of my idols was Barbara Jordan,” she says, referring to the late congresswoman from Texas who was a legendary women’s and civil rights advocate. “I always admired this African American woman who stood up for her beliefs,” Sims explains. “And so, I said, ‘I’m going to go into public service.’”

The School of Public and Environmental Affairs (SPEA) was only a year old when Sims entered IU, but she knew right away it was the path for her, and she earned both bachelor’s and master’s degrees from SPEA.

Her first job after graduation was with Bloomington’s Redevelopment Department, the precursor to the office she now heads. Sims was hired by Betty Cockrum, who retired this summer as CEO of Planned Parenthood of Indiana and Kentucky. “Betty saw the leadership potential in me more than I did,” Sims says. “To this day, she is one of my mentors.”

Sims claims she’s slowing down a little, though not by most people’s definition. In the past, she’s volunteered for many area service agencies, from Girls Inc. to United Way, but today she limits herself to vigorous service to her church and to chairing the board of directors of the IU Credit Union. Even so, she and her husband, James, who heads the local chapter of the NAACP, each have so many evening meetings, they sometimes don’t sit down to dinner until 9:30 p.m.

That’s why, if Living Legends were also awarded a prize, Sims says, “I’d probably want a month-long cruise with my husband, where I wouldn’t have to answer texts, phone calls, or emails.” 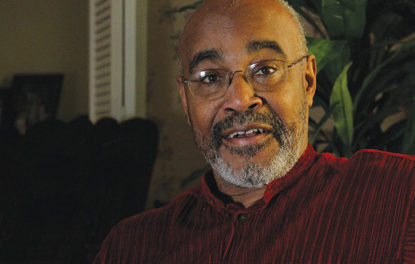