No major symphony in the United States has a female principal timpanist. Alana Wiesing would like to be the first.

At present, Wiesing, 25, is the principal timpanist for both the Terre Haute Symphony Orchestra and the Columbus Indiana Philharmonic, and in demand as a percussionist for orchestras in Indianapolis, Fort Wayne, Carmel, and Richmond, Indiana, as well as several in Kentucky.

An Arizona native, Wiesing began her musical studies with piano lessons at the age of 5. “My mom was the driving force,” she says. “She thought music would help with discipline and focus in school.” At age 8, Wiesing decided to try drums. “My parents listened to classic rock—John Bonham from Led Zeppelin, Neil Peart from Rush. I wanted to be in a band.”

Taking lessons with a Berklee College of Music graduate, she studied rock, funk, and some jazz. In sixth grade she got a second teacher—Bill Wanser, then principal percussionist with the Phoenix Symphony Orchestra. For about a year, she juggled both rock and classical percussion before classical won over.

Then she discovered the Phoenix Youth Symphony (PYS). An orchestral training program for talented musicians from elementary through high school, PYS offers a series of audition-based ensembles leading to the Symphonette Orchestra and, ultimately, the Phoenix Youth Symphony for the most elite young musicians. Wiesing auditioned for and was accepted into their band program.

In seventh grade, when a few extra percussionists were needed for a Symphonette concert, Wiesing was introduced to timpani—better known as kettledrums. “I was amazed,” she recalls. “I had never seen it, and I had to sight-read the music.” The conductor was impressed, and promoted her to the Symphonette, where she spent two years exclusively playing timpani.

Though she earned a full scholarship to Arizona State University, after two years she transferred to the Indiana University Jacobs School of Music, earning both bachelor’s and master’s degrees in percussion performance. Still, she has never owned her own set of timpani. “It’s a financial thing—and a space thing,” she says.

Her parents followed her to Indiana, and she lives with them in a rural area on the outskirts of Bloomington, near Ellettsville. “It was a big advantage to move out of central Bloomington,” Wiesing laughs. “When I practice, it does make a lot of noise.” 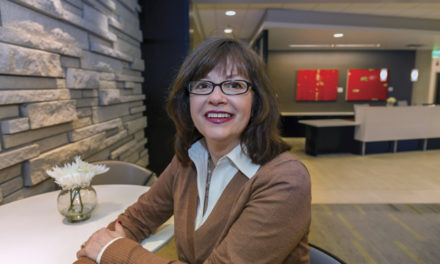