Bloomington students of all ages gathered at the Monroe County Courthouse on the downtown Square to protest gun violence in schools as part of the April 20, 2018, National School Walkout. The walkout marks the 19th anniversary of the Columbine Massacre, in which 12 students and one teacher were murdered by two fellow classmates in Columbine, Colorado.

Students from Bloomington High Schools North and South, Indiana University, and several middle and elementary schools congregated at the courthouse for the initial rally, which included a moment of silence and a demonstration honoring the lives lost at Columbine. The group, estimated at about 300 people, proceeded to walk to Third Street Park where several people spoke to the crowd, including students and local government officials. A proclamation was read by Amanda Barge, president of the Monroe County Board of Commissioners, recognizing the day in honor of the walkout.
A small group of counter-protesters stood near the students at both the downtown Square and Third Street Park carrying a variety of signs, including one that read, “A weapon is formed within the mind, not the trigger.”
Check out this slideshow from the rally and march. Photos by Rodney Margison.
(Click on the photo below to start the slideshow. Use the on-screen arrows or the arrows on your keyboard to navigate forward and backward.) 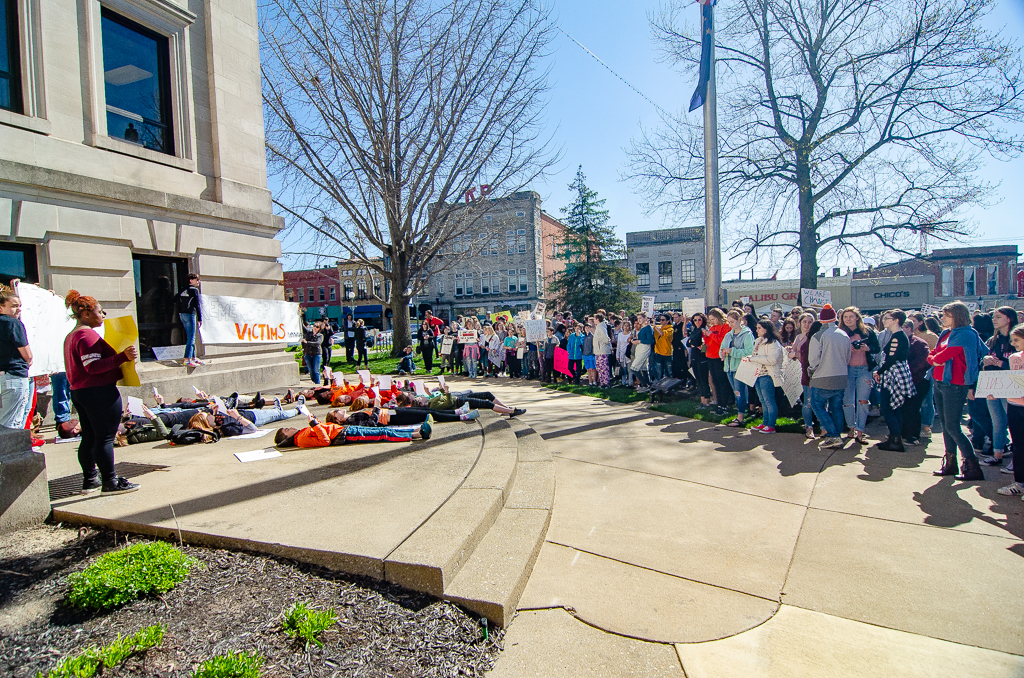 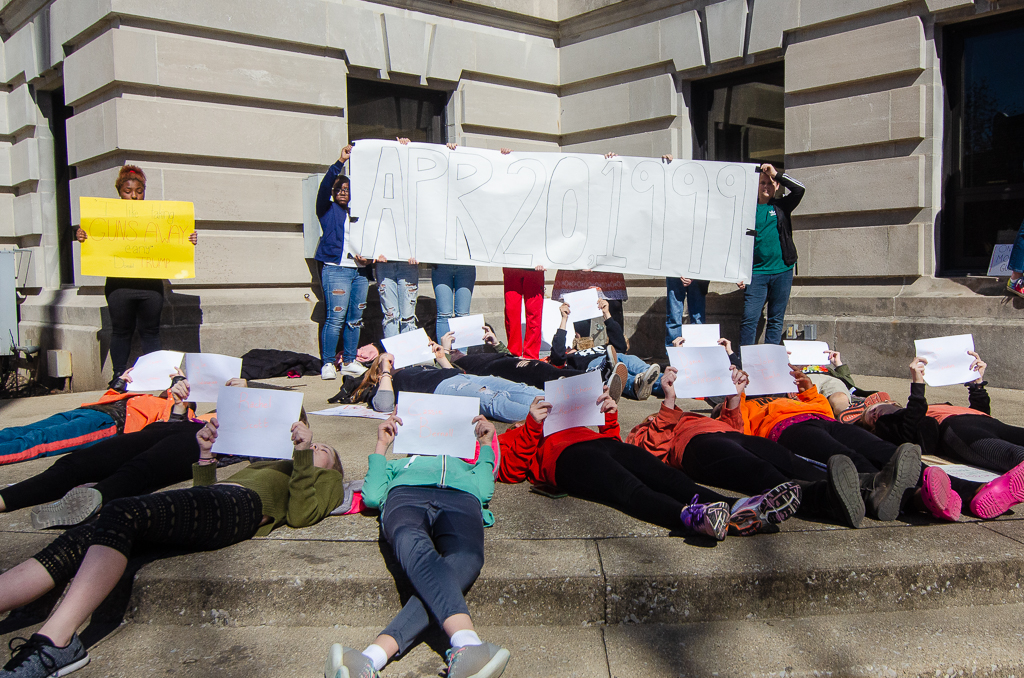 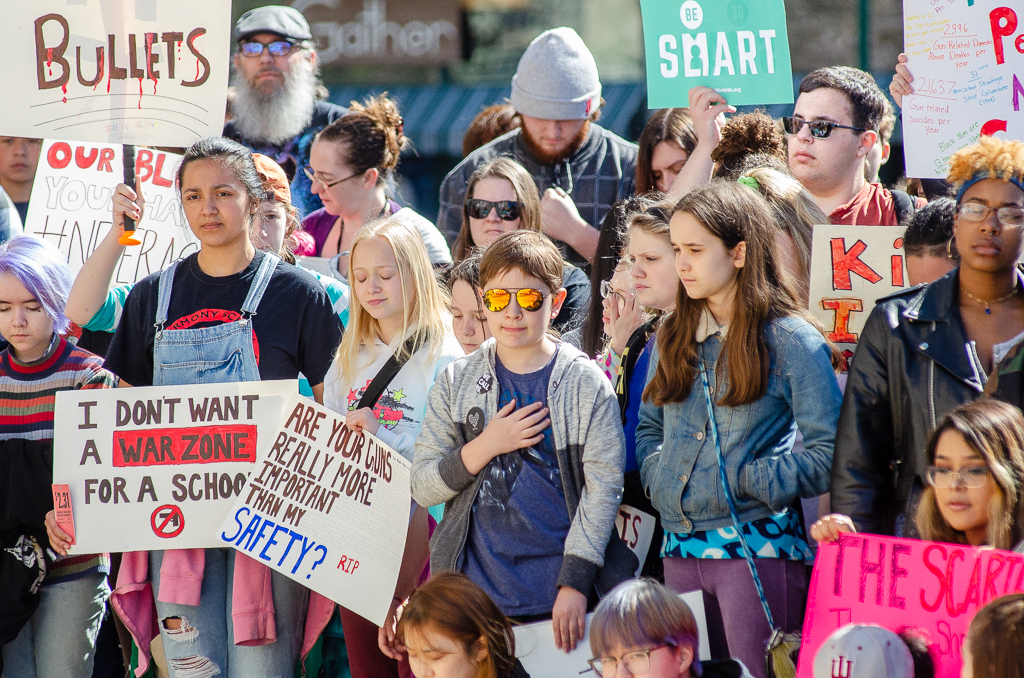 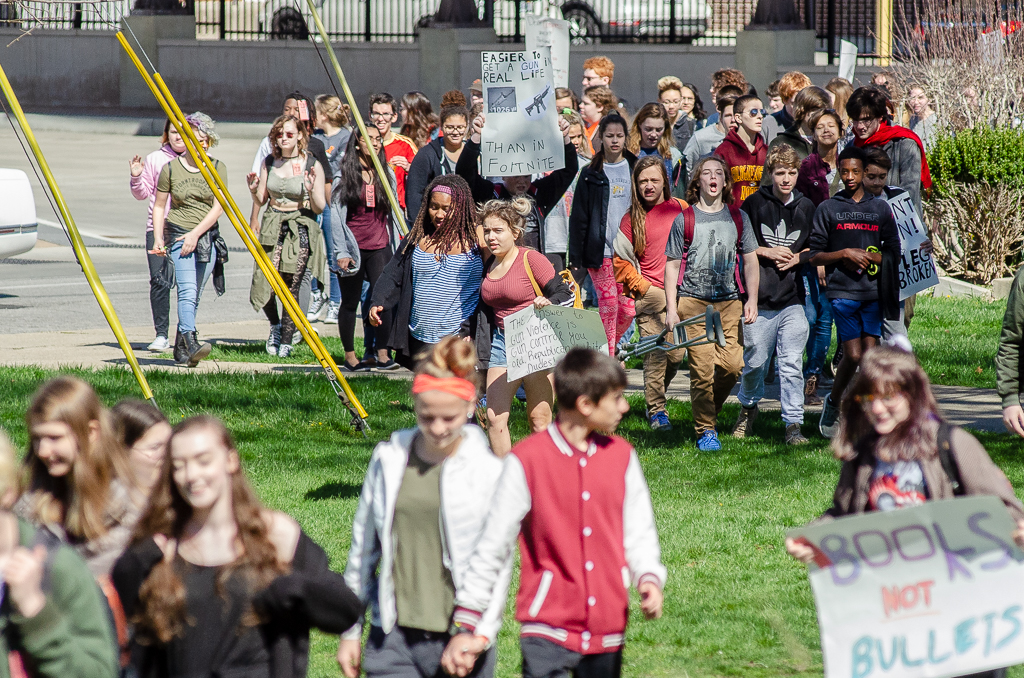 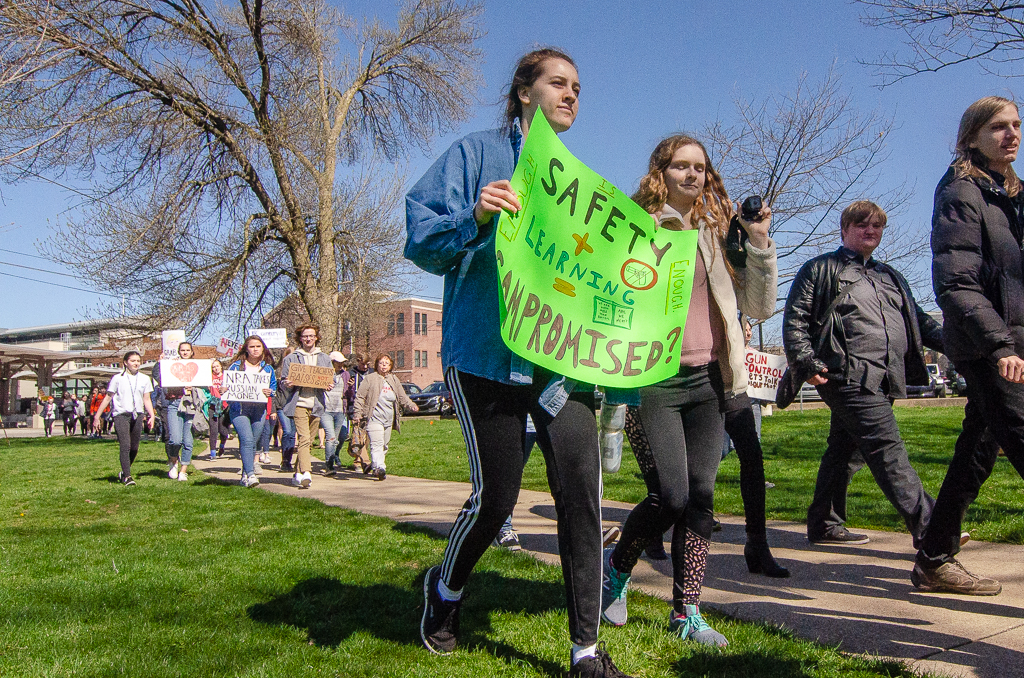