The Lowdown On Organic Wines As a member of an older generation that grew up with conventional farming techniques and chemical usage, I am skeptical of wines that beckon me with their low sulfite, organic, or sustainable origins. But the planet, and perhaps we, have been harmed by years of poor farming techniques and chemical overuse, and these wines offer some alternatives. The question is, can they do anything to relieve my grumpiness?

Bloomingfoods is a trusted purveyor of healthy, high quality, sustainable, and environmentally sound products. Let’s take a look at its shelves and see what’s available.

With few exceptions, wine labels display the warning “contains sulfites.” That’s because all wines contain sulfites in some form. Sulfites produced naturally in the vineyard or during fermentation are locked-up chemically with other substances and have few consequences for the drinker. However, sulfite in its free state (as sulfur dioxide or SO2) is another matter. It is widely used in wine production as a disinfectant and is commonly added to the finished wine as a stabilizer against oxidation and spoilage. Those sensitive to SO2 can develop asthma-like reactions, skin rash, flushing, itching, and swelling. Many of my acquaintances blame SO2 for their headaches after drinking wine. The literature, however, doesn’t substantiate their claims. The likely culprits are histamine and tyramine, two other naturally occurring substances in wine. And, of course, overindulgence. A bottle of Pinot Noir wine. Photo by Jaime Sweany

According to its label, Stellar Organics Cabernet Sauvignon 2017, South Africa ($9.99, Bloomingfoods), has no sulfur dioxide added. If you are sensitive to SO2, or remain convinced sulfites are responsible for your headache, you might try it.

Santa Julia Chardonnay 2017, Argentina ($9.99, Bloomingfoods), is made with organic grapes, meaning the grapes were grown according to strictly regulated United States Department of Agriculture (USDA) organic growing rules or the equivalent organic rules of another country. In part, they prohibit chemical pesticides and fungicides in the vineyard, but allow less toxic, organic versions to be applied. Note the designation applies to the grapes only. Sulfur dioxide up to 100 parts per million (ppm) and other inorganic substances can be added during wine production.

Adding to the confusion, Frey Natural Red, California ($8.99, Bloomingfoods), is “USDA Organic.” USDA certified organic wine is made with certified organic grapes and may contain only naturally occurring sulfites up to 10 ppm. A round “USDA Organic” logo or its foreign equivalent may appear on the label. “Organic” and “Organic Wine” are alternative designations.

Few bottles of these certified organic wines appear on store shelves. Producers worry that without adding SO2 oxidation spoilage will occur.

The label on Stemmari Pinot Noir 2016, Italy ($9.99, Bloomingfoods), reads “Sustainably Farmed.” This refers to practices that preserve and improve the ecosystem while being economically viable and socially responsible in the long term, however the term “sustainably farmed” is not legally regulated.

At an impromptu tasting of the wines mentioned, we declared them good but not superior to those made by conventional means. Perhaps they are better for us. Perhaps not. However, it is important to know what’s in the drink. I’m still grumpy, but I’ll drink to that. 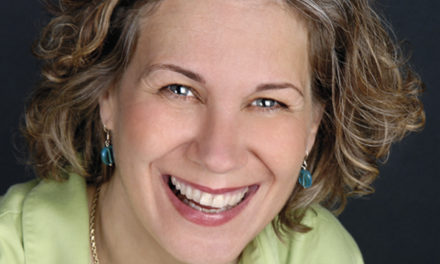