Dov-Ber Kerler relishes Yiddish. “It’s a very different language,” says the Indiana University professor of Jewish studies and Germanic studies. “It’s the only other Jewish language that rose to such prominence to be able to rival Hebrew.”

Kerler, 66, has gone the distance to gather Yiddish dialects. Funded by the National Endowment for Humanities, he and a friend trekked to Ukraine, Moldova, Hungary, Romania, and beyond from 2002 to 2017, interviewing elderly Yiddish speakers.

They recorded nearly 1,000 hours of Yiddish, including memories of life before World War II. “What I learned was the real-life Yiddish as it was spoken naturally, not shaped by linguists or grammarians,” Kerler says. “And also the local varieties spoken in different parts of far eastern and central Europe.”

But Kerler preserved more than just linguistic records—he got to know the people he interviewed. “I find it a little difficult to call them ‘subjects’ or ‘informants,’ because they’re very real people,” he admits. “Each individual is a personality and, at the same time, most people were telling me very sad stories.”

Those sad stories sometimes hit home. A 2009 interview with a lively group of siblings in a small Ukrainian town caused Kerler to pause. “They were talking together, and, all of a sudden, I realized that my mother’s siblings were all younger than she was,” he recalls. “They could’ve still been alive, talking and arguing, but they were all murdered by the Germans.”

Kerler’s mother had been away at summer camp in Russia when her family was killed. His father, Josef, fought in the Russian army during World War II. Later, he was a famous Yiddish poet. Kerler was born in Moscow in 1958, and the family eventually emigrated to Israel. “I grew up speaking Yiddish,” Kerler says. “It’s very close to me personally.”

Like his father, Kerler is an accomplished Yiddish poet (under the pseudonym Boris Karloff). After studying Yiddish literature at the Hebrew University of Jerusalem in the mid-1980s, he earned his Ph.D. from the University of Oxford in 1988. By 2001, Kerler—along with his wife, Didi, and their two children—had settled in Bloomington. He serves as the Dr. Alice Field Cohn Chair in Yiddish Studies at IU. Kerler works to keep the study of Yiddish alive through IU’s Archives of Historical and Ethnographic Yiddish Memories. For information, visit iub.edu/~aheym. 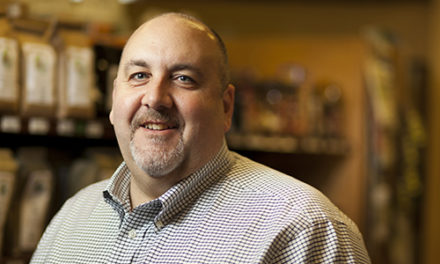