Larry Stephens retired in February from his position as Indiana University’s director of insurance, loss control, and claims after nearly four decades with the university.

He was the third generation of his family to work at IU, which isn’t that surprising considering his family tree was planted in Monroe County in the 1820s. Three of Stephens’ grandparents worked as custodians on campus. His parents both retired from the IU Museum of Art—his father set up exhibits, his mother was a guard.

Stephens, 70, specialized in risk management. A university faces many risks, he says, including fire, tornados, accidents, and damage to the university’s reputation. “Our job was to assess what might happen to people or property and try to avoid it,” he says.

For three decades, Stephens was a member of the University Risk Management and Insurance Association and served two stints as its president. He brought the organization’s national office to the IU campus in 2004, and this fall he will receive the group’s lifetime achievement award, which was created to honor him.

Stephens played another role at IU, and, in a way, it was also tied to his family. “I found a book in the local library about the Stephens family,” he says. That led to an interest in genealogy, which turned into a gig working for Dunn Cemetery where he approves requests to be buried in the historic gravesite that sits next to Indiana Memorial Union.

The cemetery was perpetually secured by the Dunn family for the interment of direct descendants of three Revolutionary War–era sisters (one of whom was the mother of George Dunn, the original owner of the land). Stephens works with one of those descendants to check the validity of those claiming that right. “We discuss how to vet people,” he says. “They have to show documentation and a link back to the family.” Even after leaving his other duties at IU, Stephens says he’ll stay involved with his cemetery duties for a time. “We only have room for a few more caskets,” he says, “but there is room for cremains.”

Stephens and his wife, Sherry, live in southwest Monroe County. They have a blended family of five children. One of them is keeping the IU family tradition alive for a fourth generation: son Kevin Evans and his wife, Amy Dowell, currently work at the university. 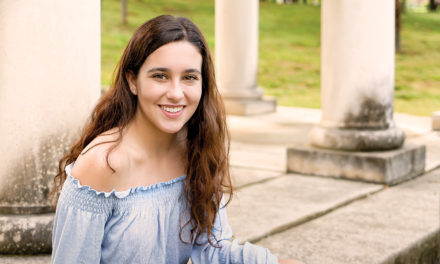