When Lillian Casillas moved to Bloomington from northwestern Indiana in 1985, she joined thousands of other young adults who left home to attend Indiana University. It was a common experience, but Casillas, a native of Mexico, says her Latino heritage and its emphasis on family made the move more significant for her, both geographically and culturally.

Casillas, 53, still lives here, raising her 13-year-old nephew, Jeremiah, and offering support to other Latinos making the same kind of cultural leaps she did as a young adult.

Since 1994, Casillas has directed IU Bloomington’s La Casa Latino Culture Center, a place offering academic and cultural support for Latino students while advocating for their role within the broader university community. “For Latinos, this place is a resource, but it is also a home,” she says.

In 1999, Casillas noted an increase in non-student Latinos from the Bloomington community who were seeking her assistance. In response, she helped found El Centro Comunal Latino, which assists immigrants and other Latinos new to the area. “El Centro is helping them literally be part of the fabric of this community,” she says, whether that involves signing up for social services or soccer teams, finding grocery stores, or making connections with other Latino families.

In addition to working with La Casa and serving on the El Centro board, Casillas has served on the boards of the local Red Cross and Girl Scouts and has volunteered with other organizations over the years. “I don’t just live here; I invest energy and time in this community,” she says.

Having studied to be a social studies teacher, Casillas is fascinated by the past. “We have to look at the past to understand the future,” she says, pointing out that her passion for American history has led her to travel to 45 states and most of Indiana’s 92 counties.

That respect for the past shines through in one of her favorite activities at La Casa—the Day of the Dead, where families and communities gather to remember and celebrate their ancestors. La Casa has reached out to its neighbors on 7th Street—the First Nations Educational & Cultural Center, the LGBTQ+ Culture Center, and the Episcopal Campus Ministry—and each of them also sets up an altar to honor their members’ ancestors for the annual celebration.

“It takes me back to when I used to celebrate the Day of the Dead with my family,” Casillas says with a smile. 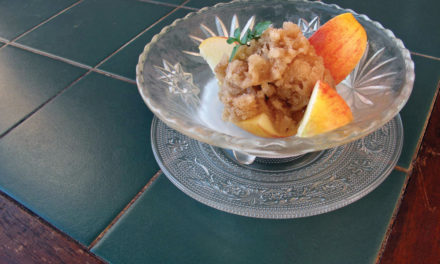