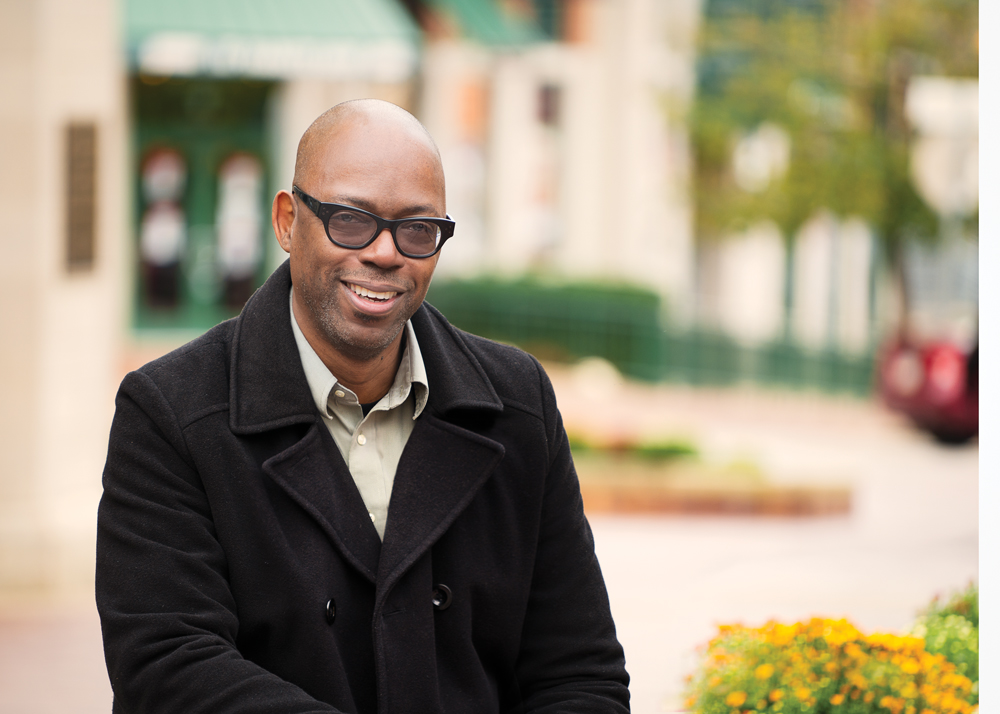 Marvin Sterling, associate professor of anthropology at Indiana University, studies Japanese devotees of Jamaican culture—an interest piqued by a doll he saw in a shop window when he was in his early 20s.

At the time, he had a bachelor’s degree in communication studies from New York University and was working at an organization providing social services to homeless kids in Los Angeles. His walk to work took him through Little Tokyo, where in a gift shop window he saw a mammy doll [representing a Southern archetype of a black nursemaid in charge of white children]. “I wondered what this very charged symbol of racial animosity—among many other things—meant in the Japanese context,” says Sterling, 49. “Why would Japanese tourists come to Little Tokyo and buy a mammy doll?”

These questions animated his studies when he entered graduate school at UCLA the following year. His research required learning the language and culture of Japan, but also led to a deeper understanding of his own heritage. Sterling was born and raised outside Kingston, Jamaica, and moved with his parents and brother to Queens, New York, when he was 13. At UCLA, he learned about a Japanese subculture of reggae and dancehall enthusiasts, as well as communities of converts to the Rastafarian religion.

“The weird part was meeting Japanese people who knew things about Rastafari that I didn’t know,” Sterling says. “Just walking around Kingston, I encountered Rastafarians, but I never really knew any personally.” Sterling adds, “Because the vast majority of Jamaicans are Christian, Rastafarians were—and continue to be—marginalized.” In his research, Sterling found that most Japanese drawn to Rastafarianism were socio-economically marginalized as well. His work resulted in the book Babylon East: Performing Dancehall, Roots Reggae, and Rastafari in Japan (Duke University Press, 2010).

Sterling came to IU as a visiting professor in 2003, having earned his doctorate in anthropology from UCLA. He was hired as an assistant professor in 2004 and became an associate professor in 2011. Since 2014, he has been associate director of the Center for Research on Race and Ethnicity in Society and mentoring students of color at the IU Graduate Mentoring Center.

Sterling remains a Jamaican citizen but is ready to add U.S. citizenship. “You can get by reasonably well as a permanent resident,” Sterling says, “except for not being able to vote, which has, in recent years, become a really serious thing for me.”